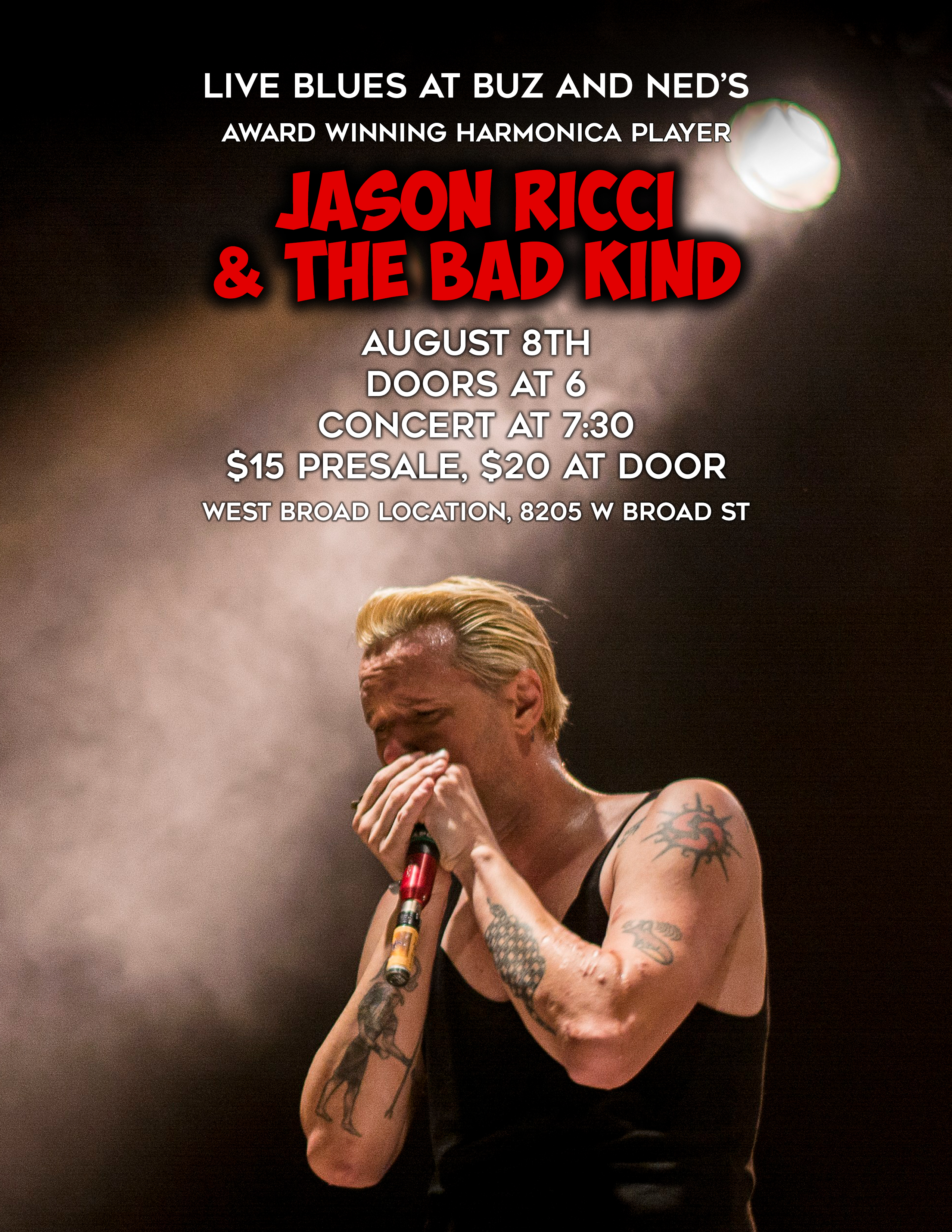 BACK BY POPULAR DEMAND! Buz and Ned’s is thrilled to announce Jason Ricci and the Bad Kind will be performing their electric blues LIVE at our West Broad Street location (8205 W. Broad St.)!

Jason Ricci, a fierce and award-winning harmonica player, has been referred to as “one of the best harmonica players of his generation” by Adam Gussow in Blues Access magazine (2000). At just 21 years of age, Ricci placed first in the Sonny Boy Blues Society contest. From then on, Ricci has won numerous awards, including: Mars National Harmonica Contest (1999), Blues Critic Award for Harmonica Player of the Year (2008), “Best Harmonica Player” at the Blues Music Awards (2010), Grammy Award for Best Blues Album (2015) and “Bernie Bray Harmonica Player of the Year Award” by the Society for the Preservation and Advancement of the Harmonica (2017).

Mark your calendars for the opportunity to see this fine bluesman and his crew LIVE on Thursday, August 8th at 7:30pm for just $15 (presale)! If you missed him the first time, you won’t want to miss him again! Tickets are available on our website or at our Broad Street location. We can’t wait to see you there!