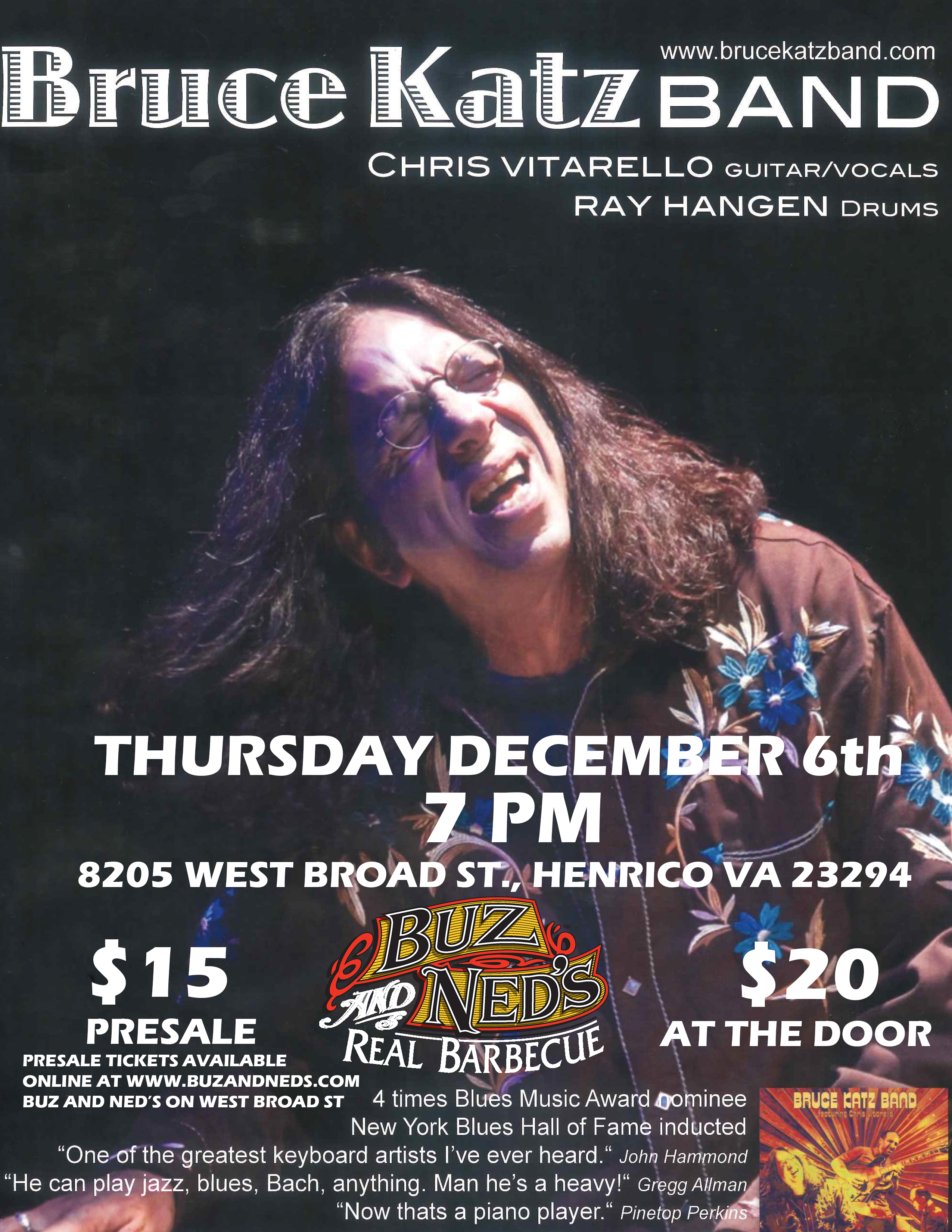 While Blues is a very important part of his music, Bruce’s music has more angles and influences, occupying a unique space where blues, “soul-jazz”, jam-band rock, and all aspects of Americana Music collide into a style of original music all his own.

Besides leading the Bruce Katz Band, Bruce performs regularly with the Delbert McClinton Band, Jaimoe’s Jasssz Band, John Hammond, and other artists as well. He was a member of the Gregg Allman Band from 2007-2013.